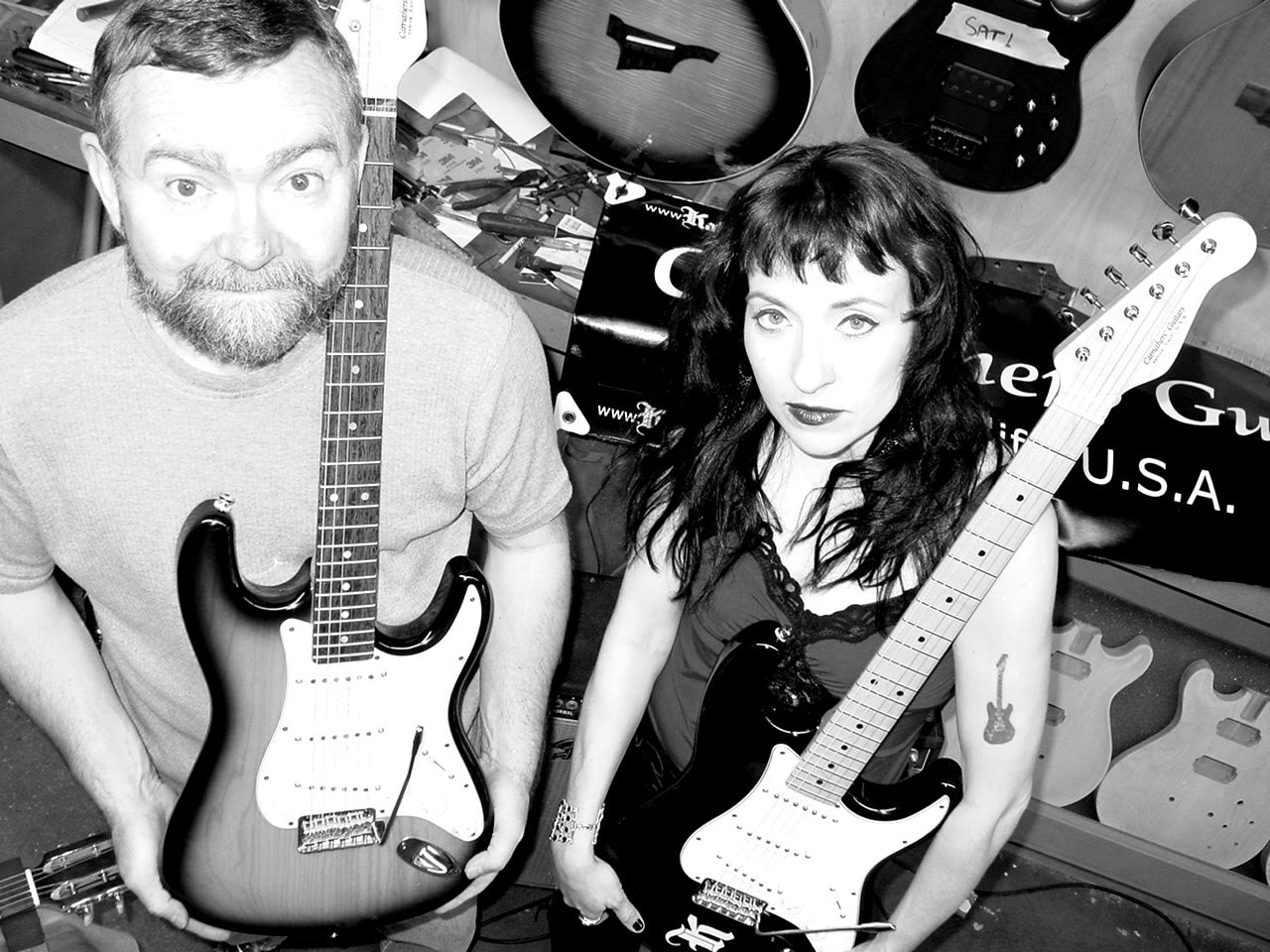 “I want to thank the legendary John Carruthers for endorsing my career and music. It is a guitar player’s dream to play on what I believe is the finest guitar in the world!”
– Katya

Check out the legendary
John Carruthers at
www.carruthersguitars.com

John Carruthers has been a major force in the guitar industry for over 40 years. His reputation for combining innovation with high quality workmanship is known worldwide. For the past four decades, independent players, major artists, and leading manufacturers have been coming to John Carruthers to solve their musical instrument design issues and to have custom instruments designed and built. He makes the finest custom guitars and basses, performs expert repairs and modifications on stringed instruments, and repairs/restores vintage and modern tube amps. Major manufacturers have sought his expertise: John has worked for Fender, Yamaha, C.F. Martin, and Ibanez to design products and troubleshoot production processes.

Q. Why did you decide to endorse Katya?

A. What really impressed me about Katya was her track JLY that she recorded with drummer Stephen Perkins. It was very spontaneous and had a lot of life to it. It was recorded live so it has a lot of nice ambience. I have been in the music business for nearly 40 years and it was nice to hear something that had a real, raw Rock and Roll kind of vibe to it. It was pretty impressive. Stephen Perkins is an excellent drummer. A drummer like Stephen combined with Katya’s raw, natural rock sensibilities make for a unique collaboration.

Katya also has been working on her music for 15 years without compromise and I can relate to that. She has close to 300 songs and has quite an extensive music library. Katya has been classically trained and you can tell she really has a good sense about music. She has a really nice style and different from most people so it sets her apart from others. She also is an excellent player.

Q. Are there any similarities between the way Katya approaches her music and the way Carruthers approaches guitar making?

A. Absolutely! Katya has the same dedication to her field as we have to ours. Her pursuit of excellence and enthusiasm to get the job done right is something we can relate to. That is what we do for our customers. She also provides her audience the best performance possible without compromise. Katya puts on an electrifying show. We knew her work ethic, drive and enthusiasm would represent us really well!

Here is a small sample of some of Johns’ clients: